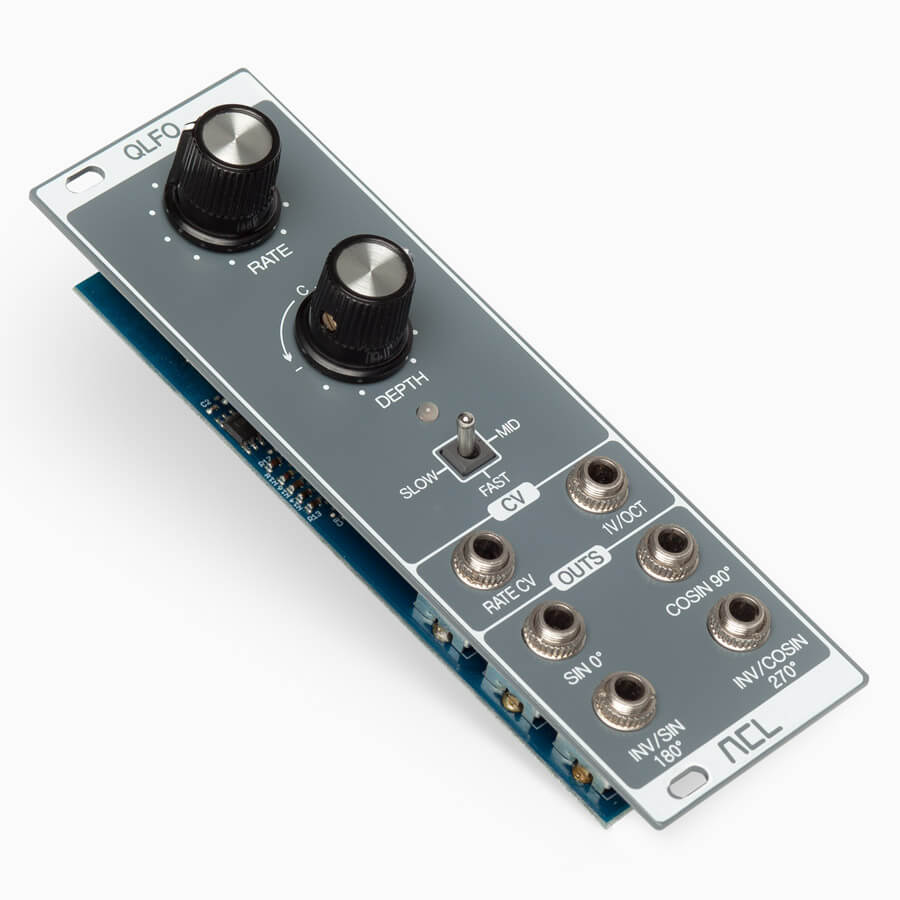 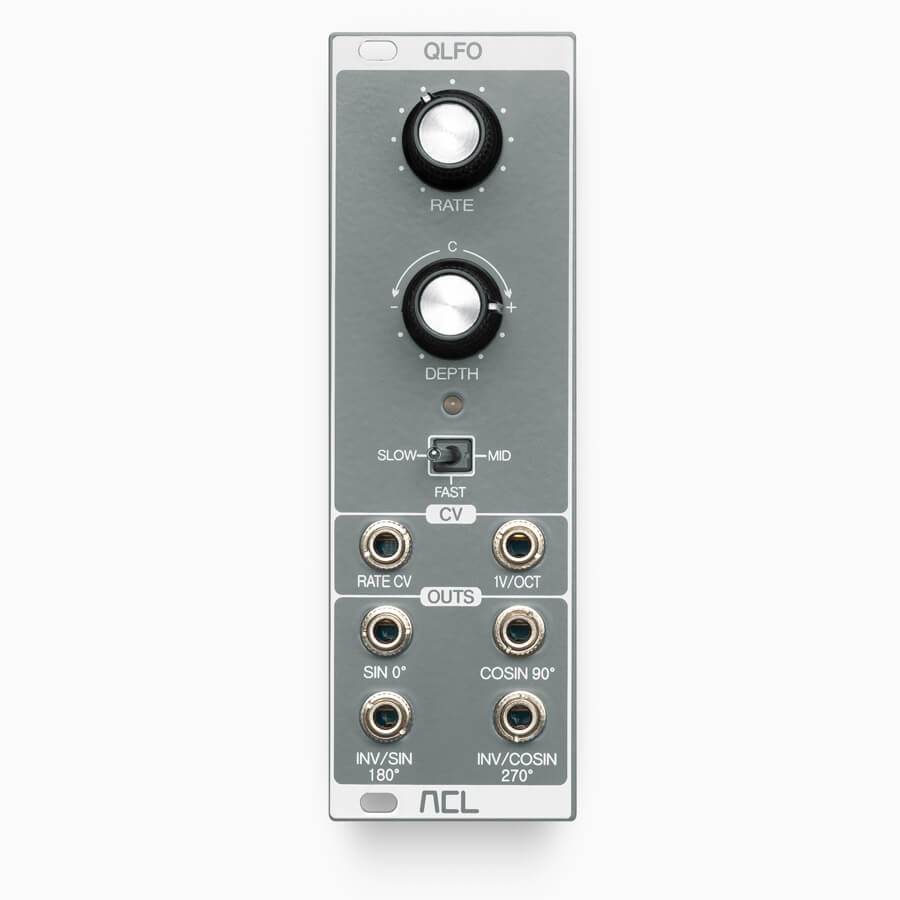 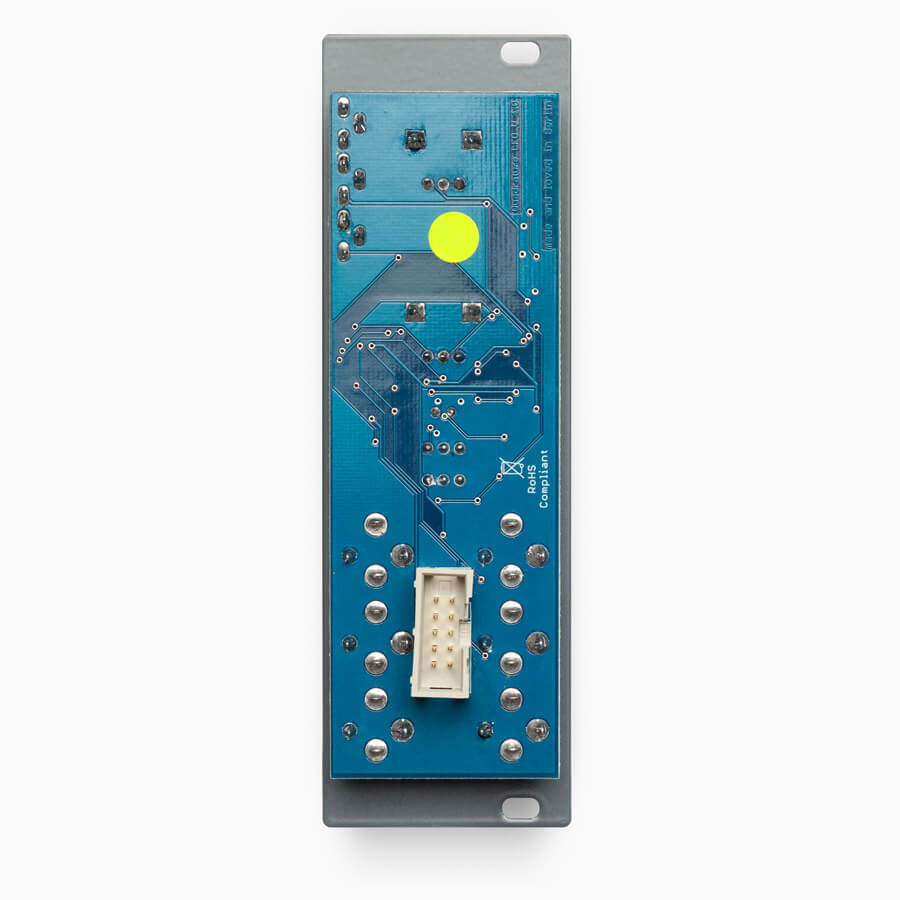 The Audiophile Circuit League QLFO is, unsurprisingly, designed with modulation in mind. But, in the interests of diversity and inclusion, it can also operate as a rudimentary sine wave VCO.

QLFO simultaneously generates one sine wave and three phase-shifted copies, at 90° (cosine), 180° (inverted sine), and 270° (inverted cosine), each with its own output. The frequency of these - set together - is controlled with a single knob that can operate within three ranges, ranging from modulation slow enough to make make a passable crushed ice cocktail between cycles, to audio so high-pitched a gigging tenor sax player in his 50s probably couldn't hear it.

The frequency can also be voltage controlled (with an attenuverter at the input), while another CV input allows the LFO to be pitched by volt/octave, with tracking good over 2-3 octaves.

QLFO is designed to work with any Eurorack modular gear, but we'd be lying if we said we hadn't built it with dreams of modulating our own stuff in mind, and these 90° shifts allow for some extremely interesting modulation of our Dual State Variable VCF and Dual Delay modules, particularly when processing stereo signals. And bias aside, they're also great for modulating other company's stereo kit too.

And you don't even need to attach other modules to start the fun - one interesting possibility with our configuration is to patch an output of the module to the Rate CV input, allowing you to create new waveforms, whilst still being able to control the LFO with the 1V/Oct input. This can then be dialled up to 11 (and beyond) by patching in more QLFOs so they modulate each other by pitch. This can create some astonishingly complex and busy sounds - even up to a kind of pseudo white noise - that still retain some discernible and, critically, controllable character, and which can drift from the seemingly chaotic into a more ordered and recognisable pattern... and back out again.

Admittedly, all this is probably more impressive to hear than read about, but it still reads pretty cool, no? Also, in the interests of full disclosure, it's worth pointing out that although the QLFO is able to run at audio frequencies, it's not specifically designed to do this, so the V/Oct tracking won't be as exact as, say, our Sync VCO. But sometimes that doesn't matter- sometimes you're just glad you have a bunch of extra sine wave VCOs to play with. Besides, introducing a little loose unpredictability into the proceedings can be interesting!